Challenges of the Spanish railway policy for the period 2017-2020. Legal regulations, fourth UE railway package and the potential holding Renfe/Adif.

Last 7 February 2017, the seminar held by Doctor in Law José Antonio Magdalena, of Counsel in the law firm Villalba Coloma Ankersmit and Secretary of the Spanish Transport Association, at the Assembly Hall of the Madrid Bar Association, took place.

The paper presented analysed the extent and the impact of the Fourth Railway Package, recently approved, as well as the challenges and changes that the same will bring. The convenience and the possible reorganization of public railway companies and the expected constitution of a holding between Renfe Operadora and ADIF, in imitation of the German and French models, were studied. Upon conclusion of the seminar, an interesting debate took place with those present.

The fourth railway package intends to guarantee the independence of the company controlling the railway track and reinforcing the supervision powers of the sectoral regulation institution, which in the case of Spain is the CNMC (National Commission on Financial Markets and Competition).

The European Commission puts special emphasis on avoiding anti-competitive practices in “holding” models, ensuring at the same time the essential powers of the infrastructure administrator, such as the assigning of powers to different operators and the setting and collection of fees for the use of railway tracks.

In the possible group formed with Renfe, the future Adif will have separate accounts and debts, inasmuch as its future income will be allocated only to finance activities, to return loans and to pay dividends to the State as the present owner. Neither shall it be entitled to issue nor receive credits in favour of or from any operator. Directors and chief executives of the infrastructure administrator company shall not be affected by any conflict of interest of personal, financial, economic or professional nature. Limitations from Brussels include a maximum of two mandates for directors, members of the management committee and individuals with capacity to decide on essential faculties both of Adif and Renfe.

Last December, the economic and business newspaper Expansión published the interest of the Spanish Minister of Public Works, Íñigo de la Serna, in recovering as soon as possible the railway holding structure in order to coordinate the work by Adif and Renfe, which, further to its approval, is a reality as of today. 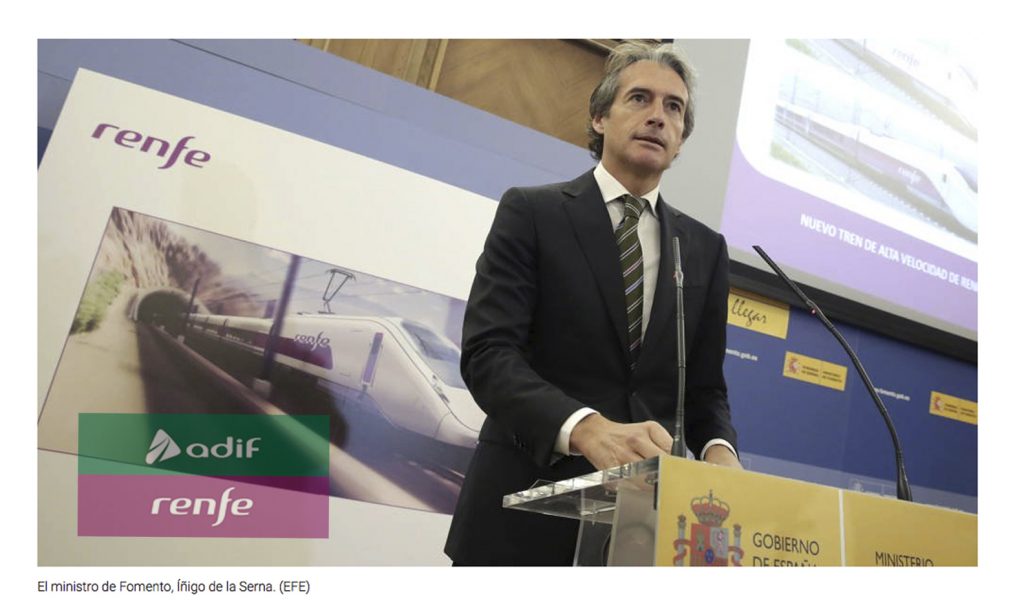